What are PFPs – Profile Pictures (PFPs)

You are here:
Education 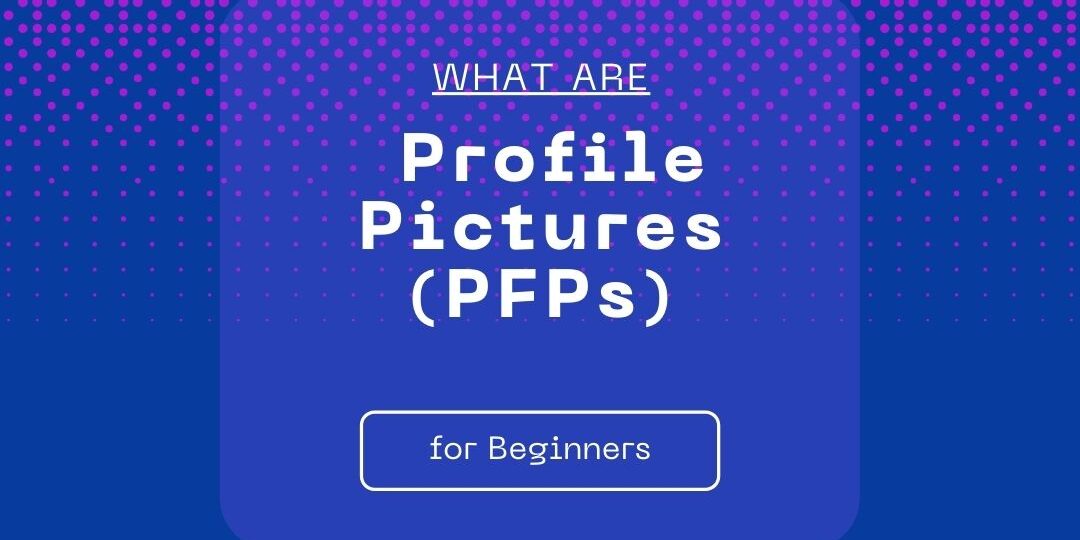 You already heard about “Profile Pics” in the NFT Ecosystem. These are series of images (often 10,000 individual variations of a motiv), that can be used as user images in social media. Alternatively, they’re also called “avatar” projects. The best-known PFPs are the CryptoPunks. The CryptoPunks were created by two creative software experts, John Watkinson and Matt Hall, in- June 2017 to the market. The duo call themselves Larva Labs and have since launched other successful Profile Pics, the Meebits, launched. Along the way, they are also responsible for the generative art project Autoglyphs, which is considered the first of its kind and is fetching dream prices – more on that later in this chapter. The sales of the Punks were slow at first – in fact, it wasn’t a sale at all. These NFTs, which at the moment are trading for hundreds of thousands and some even for millions, were initially sold given away to anyone who had an Ethereum wallet. In hindsight, it was like you were given a piece of the crown jewels as a gift had been given. Back in the summer of 2021, the cheapest Punk 44 Ether, around 90,000 euros at the time. Very desirable versions changed hands for up to 4 million euros.

Take for example CryptoPunk #2140, which on June 23, 2017 for free and was resold by its smart owner on February 22, 2021 for $731,000. The buyer, who invested nearly three-quarters of a million, did nothing wrong either, as on July 30, 2021, he sold this so-called Ape, of which only 24 exist in total, for a whopping $3.76 million to Gary Vaynerchuk (alias Gary Vee). He owns it since then and will, as I know Gary and, as I know Gary, will keep it “forever”. Its prominent ownership alone probably gives this CryptoPunk some value stability. And if you’re wondering how I know all this, transactions on the blockchain are publicly viewable, in the case of the CryptoPunks also via the Larva Labs website. All changes of ownership and the interim sales prices are recorded here.

The most expensive CryptoPunk to date was sold on March 11, 2021, for the equivalent of $7.58 million – at least on the LarvaLabs platform itself in June 2021, a rare CryptoPunk.
Alien went for as much as 11.7 million US dollars over the virtual counter of the renowned Sotheby’s auction house. He secured Israeli sports betting billionaire Shalom Meckenzie.
The “cheapest” Punk was on sale in November 2021 for just under $387,000. Since their inception, CryptoPunks have generated a total of sales totaling $1.62 billion (“billions”).

Precisely because the crypto scene agrees that the CryptoPunks are the first and best known of their kind. They presumably remain desirable and stable in value. This does not change that every now and then even older NFTs are dug up somewhere.

Of course, no one can guarantee that what you find new and original will also fascinate enough will fascinate enough others and therefore go through the roof.
Meanwhile, there are hundreds of other PFP projects. Success always finds always imitators. There are “Cool Cats,” “CyberKongz,” “CrypToadz.” “Lazy Lions”, “Pudgy Penguins” – just to name a few that you can find on you can find on https://rarity.tools/ and which actually ran quite well.

rarity.tools is a site that sorts listed collections according to the degree of rarity of the individual NFTs and priced according to the supply situation at OpenSea. And since the now market, like all markets, operates on the basis of supply and demand, many of the newer many of the newer Profile Pics can’t hold a candle to the CryptoPunks.
cannot hold a candle to the CryptoPunks. As an OG project the Bored Apes, of which I have ten thanks to Saturday sleeping problems.

I was reading various news about this project, there were still a few thousand monkeys on the website of the Bored Ape Yacht Club (https://boredapeyachtclub.com). To “mine” NFTs directly on the website “minted” (to be virtually generated by your own purchase and blindly allocated) is usually the cheapest. A Bored Ape could be mined for 0.08 Ether, which was 160 Euro at that time.

It is probably the most important moment of the crypto year 2022: The Merge.
September 2, 2022

NFTs beyond the hype – What is the potential of NFTs and how are opportunities developing in these areas?
August 4, 2022