What is the Metaverse all about and how do NFTs play along?

You are here:
News 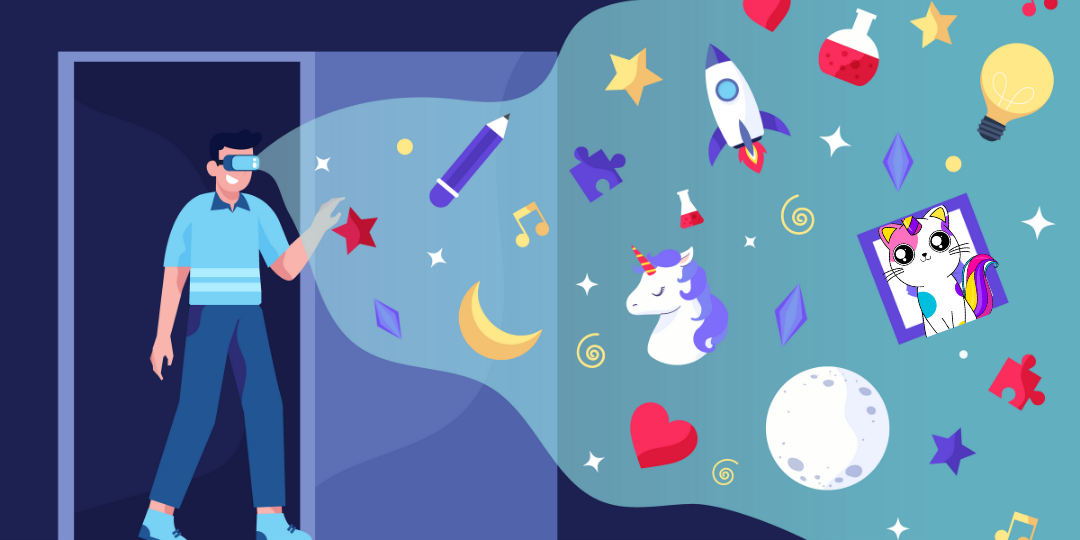 The Metaverse is currently on the lips of tech entrepreneurs, media and Internet corporations. But what exactly is behind the Metaverse? Facebook CEO Mark Zuckerberg has renamed Facebook into Meta and talks about it as if it’s the future of the Internet. Currently, there’s also a lot of marketing hype around the idea of the Metaverse. According to Wired, the term does not refer to any specific type of technology, but rather to a change in how we interact with technology. The combination of technology involved in the Metaverse can include Virtual Realty in virtual worlds, which continue to exist even if the user is offline and Augmented Reality to connect the physical world with the virtual word in the cyberspace. Furthermore, the Metaverse also consists of a digital economy, where virtual goods can be sold, promoted or bought. Currently, even virtual land is being sold in the Metaverse. Currently, a lot of (tech) companies give artistic demonstrations how the future could look like, as for instance Meta’s Demo where characters are floating in space or persons being represented as Holograms. Another example was provided by AT&A, where a voice – controlled, foldable phone could erase people from images. Certainly, nobody knows whether people would like to hang out in that virtual world, but the technology behind it might become as commonly adopted as today’s computers. However, talking about the metaverse today is much more related to talking about the internet int eh 70s.

Non-fungible Tokens (NFTs) also play a significant role in the concept of the Metaverse as they serve as certificates of ownership of digital items. In fact, an NFT could be your certificate of ownership to a house or a piece of (virtual) land. According to FT, an NFT could not only be a way to authenticate your possessions, but also your identity. An NFT is secured with a cryptographic key and it cannot be deleted, copied or destroyed. The decentralised way of proving ownership may be necessary for the interaction between Metaverse societies. Most interactions in the Metaverse happen around a finite geography, providing scarcity to the limited amount of property supply. In order to sell land, the transfer of ownership would happen via a smart contract on the blockchain.

✨What are the Advantages of Metaverse?
November 2, 2022

What are the Candidate Ethereum EIPs for the next upgrade (Shanghai)?
November 2, 2022