An overview of the upcoming Ethereum Shanghai Upgrade

You are here:
News 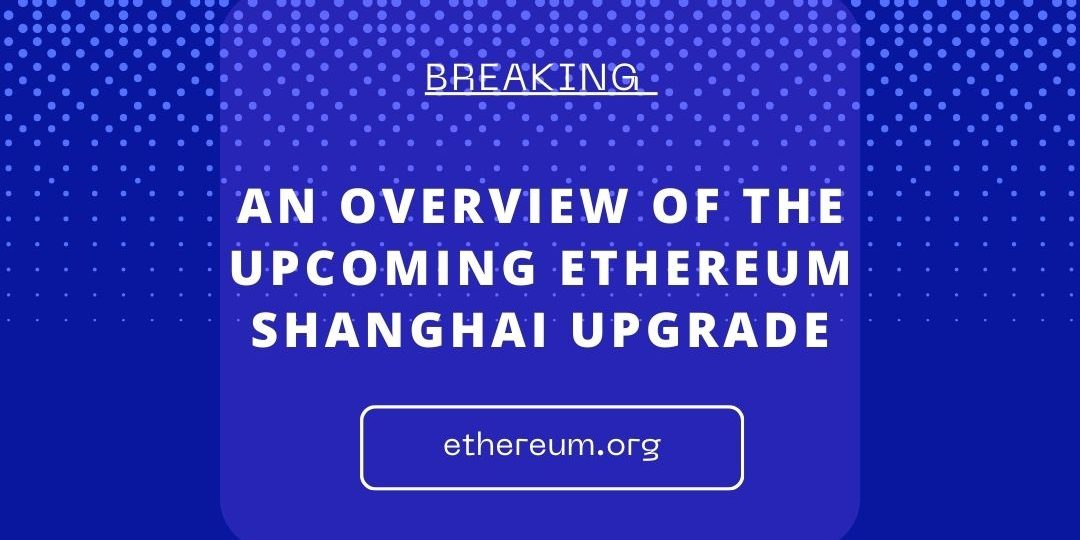 👉 The Ethereum “Shanghai” upgrade is scheduled for the first half of 2023. The Shanghai upgrade will include a number of improvements – called “Ethereum Improvement Proposals (EIPs)” – that should improve certain aspects of the network.

An overview of the included Ethereum Improvement Proposals (EIPs) for the upcoming release:

👉 Although the Ethereum Shanghai upgrade includes several EIPs, the most significant improvement is likely to be EIP-4895, which primarily focuses on allowing validators to withdraw deployed ETH that has been deposited into the beacon chain since December 2020 (when the beacon chain was originally introduced).

In principle, participation in ETH (Ethereum) staking is a one-way street due to the high requirements for minimum participation and the necessary technical infrastructure for validating blocks. Only large institutional investors and professional validators had the means and skills to participate in staking and generate income. As a result, ETH staking became highly centralised and the decentralisation of the network was compromised. In order to secure a staking reward, users had to lock their ETH for a certain period of time. As part of the validation process, users had to stake at least 32 ETH to participate.

Ultimately, the use of ETH was a calculated risk: those who used ETH could earn additional returns, but in return had to limit their liquidity and expose themselves to the dangers of counterparty risk. Although many investors were unable to withdraw their deposited ETH from the Beacon Chain at the beginning of the Ethereum 2.0 upgrade, many of them trusted what the Ethereum Foundation said and kept their investments. This was because the Ethereum Foundation had announced that ETH withdrawals would be possible at a later date, once the upgrade had been completed and the relevant functions implemented.

Ultimately, this means that long-term ETH stakers and HODLers can provide themselves with additional liquidity, as they can finally withdraw their deployed ETH with negligible transaction fees after more than two years of use.

👉 EIP-3855 brings a new instruction for the Ethereum Virtual Machine (EVM) that focuses on optimising the contract code in the Ethereum Virtual Machine (EVM). This new instruction allows developers to model certain operations in their smart contract code instead of explicitly executing them. This can help reduce the size of smart contracts and improve the performance of the EVM.

👉 EIP-3860, is a proposed change to the Ethereum protocol that focuses on the maximum size of init code and the handling of out-of-gas exceptions. The proposal includes limiting the maximum size of initcode to reduce the possibility of attacks on the security of smart contracts. It would also handle the out-of-gas exceptions that can occur when a smart contract does not have enough gas to perform its tasks. These changes could help improve Ethereum’s scalability and security and reduce the risk of attacks on the platform.

The most important thing for any software release in general is extensive testing to ensure that it is stable and secure and does not cause unexpected problems in the production environment.

In conclusion, this upgrade will help make the Ethereum network fit for the future and facilitate the use of blockchain technology one step further.

See more at the Specification on github.

✨What are the Advantages of Metaverse?
November 2, 2022